Automation, Artificial Intelligence and the Internet

Automation, Artificial Intelligence and the Internet 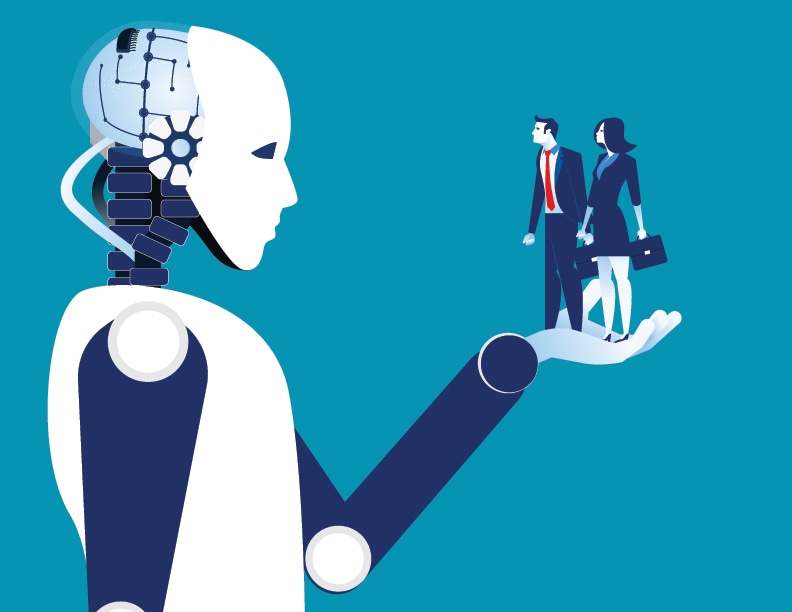 There is no question that these new technologies have enhanced our society and resulted in many positive trends. However, each appears to be driving changes at a rapid rate, more than we can keep up with. Automation is replacing people in numerous types of jobs from assembly line production to delivering fast food at pick up windows. One very large company is using robots to deliver its products within pre-determined areas. This begs the question that people who may have been replaced by this technology, need to be retrained to fill other positions that are now going begging. Yes, there are plenty of help wanted jobs available today but most call for a high degree of specialized skills. This situation needs to be addressed quickly by all levels of government, industry and educational institutions.

Automation is very prevalent in the automotive industry comprising the majority of assembly lines. There is a place for this technology, ideally in jobs with repetitive movements. It allows the same job to be done over and over without any deviation. It also prevents human challenges that are often caused by this repetitive motion. It does have a place in manufacturing i.e., numerical control machining. Once the product has been tooled by an operator, the computer then can repeat the same motions to within tightly held specifications and in much less time. Both these results are positive benefits.

Artificial Intelligence (AI), which has been in development for decades, is now being applied. It is the technology behind the driverless cars. Imagine the toll this will take on chauffeurs, taxi drivers, and other private vehicles for hire. This technology is found in drones that can be used for commercial and military purposes. AI is used in multi-purpose robots. The application is endless.

A paper on Artificial Intelligence (AI) by the Internet Society (4/26/17) stated, “The ability of machines to exhibit cognitive skills to process natural language, to learn, to plan and to perceive, makes it possible for new tasks to be performed by intelligent systems, sometimes with more success than humans. AI-driven automation in existing industries, alongside using AI technologies in new emerging areas, artificial intelligence could vastly boost productivity and economic growth.”

The Internet’s phenomenal success as a shopping tool is impacting Department Stores, Grocery Stores, and even Clothing Stores. The advent of higher store rents, coupled with fewer shoppers is a plan for disaster. Will all of it change? Undoubtedly. How we shop, how we travel, how we manufacture all will change drastically. It’s the pain between these challenges happening and the challenges being solved that we wish we could avoid.

An article in The Economist (6/26/16), noted, “Yet in the past technology has always ended up creating more jobs than it destroys. That is because of the way automation works in practice, explains David Autor, an economist at the Massachusetts Institute of Technology. Automating a particular task, so that it can be done more quickly or cheaply, increases the demand for human workers to do the other tasks around it that have not been automated.”

It goes on, “So who is right: the pessimists (many of them techie types), who say this time is different and machines really will take all the jobs, or the optimists (mostly economists and historians) who insist that in the end technology always creates more jobs than it destroys? The truth probably lies somewhere in between. “

The effect we are concerned with is the impact of these changes on sales and marketing. We have previously stated that by understanding the client’s anxieties and challenges, marketing providers will be better equipped to suggest and help develop meaningful, effective sales and marketing strategies. It appears that the advent of the new technologies will serve to heighten and increase those client anxieties and challenges. This puts more of a burden on the market provider who, in working with a new client, now must understand the impact of these new technologies on that client and suggest new strategies to deal with them. Is this realistic? Of course. Will it require more work on everyone’s behalf? Of course. Will it pay off in the long run? Certainly!

One last thought: don’t dismiss any of these developmental technologies. They will affect everyone in different ways. We have met serious challenges to our way of life many times previously, and have triumphed. This time should be no different. In the words of Winston Churchill, “Never, Never, Never Give Up”.